This digital currency already made some people rich for a short period of time and have been spotted by CIA. What is all about – a dangerous project which will put central banks on their knees, or a big step to the independence of the people from the banks and governments. In a material from the germany magazine “Der Spiegel” are traced the prospects of bitcoins.

With those virtual coins, from some internet stores or auctions you can simply buy a phone or a DVD. On some other websites you can make a poker bets with bitcoins. Organizations like Free Software Foundation or Electronic Frontier Foundation are accepting donations in those digital coins. Different online platforms are willing to buy bitcoins and pay in paper money and the exchange rates vary.

The start of all this is settled in 2009, by man with nickname Satoshi Nakamoto, who published complicated and understandable only for specialists article, how to be organized the whole system. On this project was working a whole team of open source developers. Some of them demand from the begining some part of their salary to be in bitcoins.

In our days there are already hundreds of websites, discussing the opportunities of the new money. There are lots of blogs about bitcoins, giving advices to the “miners”. There are real exchanges, discus studios, statistic services about bitcoins and so on.

This might be the most dangerous project, we have ever seen, because in some point this currency can bring down governments, to destabilize economy and to create uncontrollable global markets for stolen goods. If something goes wrong, bitcoins will fall down like avalanche, and will take lots of other stuff with it. 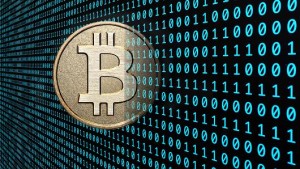 One of the first big miners is known as Molecular. Today his computer is on the balcony, closed in wooden box, because the cooling system of his powerfull and fast graphic card was so noisy, that it sound like a hurricane in his room. So now, his computer stays at the balcony, making money from electricity.

Molecular have started like a real amateur – he sends in letter some us dollar banknotes in Canada and buying with them his first bitcoins. His bank account was growing fast, until he becomes one of the most valued players, supporting the system of the digital currency. Molecular have never exchanged even a single one of his digital money for dollars or euro – part of his principles.

His acts were very smart, because rise of the price is significant – if in the middle of 2010 1 Bitcoin was around 20 or 30 cents, in the end of May 2011, it is almost 8 dollars. The people who have choosen to keep their Bitcoins, have increased their assets 20 times.

Bitcoins are quite complicated. They are locked, unique code, who circulates between connected in network computers. This code carries specifically math structure and information about previous transactions – it is still anonymous but the history of the previous transactions are now part of the code.

Their structure, ensures that bitcoins cannot be faked or copied. “Miners” in the network are checking constantly if everything is alright with the performed transfers. If there is some mathematical uncertainty, the transaction is not going to happen. By the way, to implement the inspection itself, a lot of cpu time and calculations are required, which also cost digital money.

One simple personal computer cannot “mine” bitcoins. High-performance computers are needed, real “mining galleries” – they can be assembled, bought  or rented. But making money is getting harder and harder, because more computers included in the system, less bitcoins are distributed for the finished work. Still, much more profitable to buy with paper money one Bitcoin, than to produce it with a computer work, if yet to be assembled the required hardware.

To able to exist the digital currency, it is necessery computers to work all the time. They receive tax for their work, which will constantly grow. Solution of the problem is deflation – every digital coin will increase its value. Evolution of the bitcoins is quite progressive. In our intense economy anything can happen. 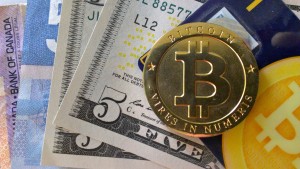 Most interested in bitcoin’s deletion are the electronic payment systems, based on “classic” currencies(dollar, euro, yen). For example, Paypal have already closed the account of their client, who bought bitcoins with the same account.